A GRADE 11 Marianville Secondary School student in Moresby Northeast is one of the fortunate 400 street children who were given a second chance at education by Life PNG Care, a charity organization that helps unfortunate children.

She was taken in by the Life PNG Care (LPC) five years ago and has never looked back. She is determined to give back positive results to her sponsors and the government when she completes her education.

Elisabeth expressed her gratitude towards her sponsors and the organisation director Collin Pake for supporting her as a sponsor and also being a parent to her. She joined the organisation (Life PNG Care) in 2016 when she was doing Grade 7.

“They had helped me to buy my school fees, uniforms and stationaries, and most of all they gave me the love that a parent could give,” Elisabeth said with tears in her eyes.

She said she grew up with the LPC since Grade 7 in 2016 to now (2020) in Grade 11. She said she had received all the support that she ever needed from the organisation.

“The support that I needed from my parents was not there at that time I needed it. So coming to this organisation, they’ve given me everything that even my parents could not give me. And most of all I really appreciate it,” said Elisabeth.

She has another 45 brothers and sisters who are under the same care of organisation director Collin Pake. “Being in Grade 11, I am a role model and a big sister to the house. I won’t let my parents (Mr and Mrs Pake) down, as I am motivated by my father through his hard work and commitment towards us,” said Elisabeth.

“I thank God for placing me in this organisation (LPC) because God has a plan for me,” she said. 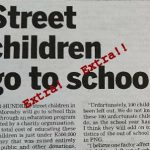 You may have missed

Annual CHARITY EVENT IS BACK! 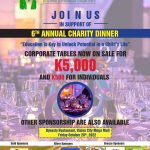 Annual CHARITY EVENT IS BACK! 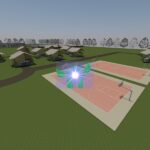 We have a vision for Papua New Guinea! 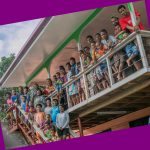 February 14, 2021
Elisabeth determined to give back to PNG 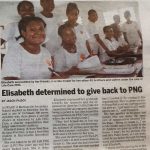 Elisabeth determined to give back to PNG